San Francisco first in the nation to call for the elimination of criminal justice fees! 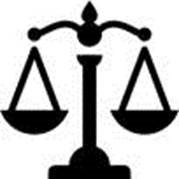 Board of Supervisors President London Breed introduced legislation in February that would make San Francisco the first city and county in the nation to eliminate all locally-controlled fees to people exiting the criminal justice system. The fees, including paying for the cost of probation, electronic monitoring, and court usage fees, hit people with thousands of dollars of debt the moment they’re trying to get back on their feet. These fees are high pain- they result in barriers to a successful reentry- and low gain- they result in little revenue to the City and County. “This legislation is not about getting rid of consequences, said SF Financial Justice Project Director Anne Stuhldreher in the San Francisco Chronicle, “It’s about removing barriers to opportunity.” The draft legislation (available here) was also covered by and ABC7 News and other news outlets.