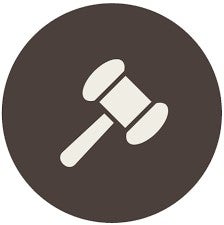 On August 23rd, Mayor London breed announced the San Francisco Superior Court lifted more than $32.7 million in debt from unpaid criminal justice administrative fees off of 21,000 people. In July of 2018, San Francisco became the first county in the nation to eliminate all local administrative fees charged to people exiting the criminal justice system. When individuals exit jail or the criminal justice system, they are often assessed thousands of dollars in administrative fees that aim to recoup costs for the courts and government. These fees trap low-income people in cycles of poverty, increase the odds of recidivism, and are an ineffective source of revenue for the city and county. After the legislation passed, the San Francisco Public Defender and District Attorney successfully petitioned the court to waive all outstanding debt from these fees. The debt relief was featured by NPR’s KQED, the San Francisco Chronicle, and SFWeekly. To learn more about the legislation, see our report: Criminal Justice Administrative Fees: High Pain for People, Low Gain for Government.